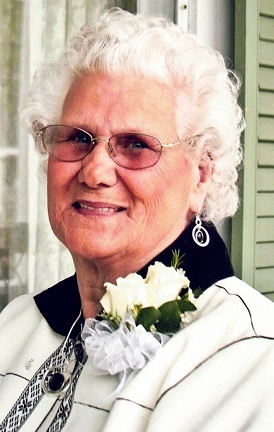 Alice Jane Carter, 91, of Carmi, passed away Sunday November 8, 2020 at St. Vincent Hospital in Evansville. She was born on August 10, 1929 the daughter of Edwin and Goldie (Bradford) Garrett.  She married Nicholas Jacob "Jake"  Carter on September 25, 1948 and he preceded  her in death. Alice was a lifetime member of the Ashland Christian Church. She enjoyed playing bingo regularly, reading and doing puzzles. Most of all, Alice enjoyed spending time with family.

Services for Alice Jane Carter, will be private with burial at Hammack Cemetery in Springerton, Illinois. In lieu of flowers, contributions may be made in Alice's memory to Ashland Christian Church and will be accepted at Campbell Funeral Home in Carmi who is in charge of arrangements.

To order memorial trees or send flowers to the family in memory of Alice Carter, please visit our flower store.