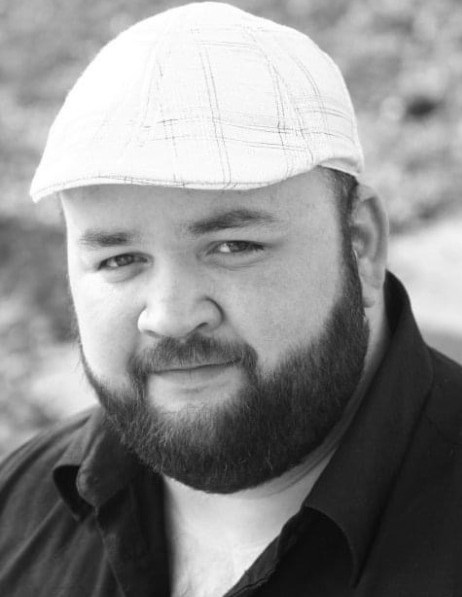 Aaron Michael Cleveland, 40, of Indianapolis, IN and formerly of Norris City, IL, passed away at home, on Friday, August 27, 2021. Aaron was born on July 30, 1981, in Evansville, IN, the son of Jerry Dexter and Mary Ann (Shamhart) Cleveland.  Aaron was employed as an Information Technology Specialist with the Pike Township Fire Department in Indianapolis. His greatest passion was theatre and over the years he performed many roles from actor to director and everything in between. Aaron even produced multiple plays as the owner of Fat Turtle Theatre Company. Aaron had a vivacious personality and brought much joy to his family and friends.

He was preceded in death by his paternal grandparents, Charles and Elsie Cleveland.

Funeral Services for Aaron Michael Cleveland will be held Wednesday, September 1, 2021 at 10:00 a.m. at Campbell Funeral Home in Norris City with burial following at Plainview Cemetery. Visitation will be held from 5:00 p.m. until 7:00 p.m. on Tuesday, August 31, 2021 at the funeral home.

To order memorial trees or send flowers to the family in memory of Aaron Cleveland, please visit our flower store.