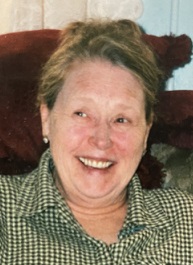 Vonda Lou Sturgal, 83, of  Springerton, passed away on Thursday, July 22, 2021.  She was born on October 27, 1937,  the daughter of  Loren and Beulah Murl (Sanders) Frymire.  Vonda was a member of Springerton Community Church.  She enjoyed spending time with her family and friends.

Graveside Funeral Services and burial for Vonda Sturgal will be held at 10:00 a.m. on Tuesday,  July 27, 2021 at  Springerton Cemetery in Springerton IL.  Contributions can be made in Vonda's memory to the Alzheimer's Association or the American Kidney Association and will be accepted at Stendeback Funeral Home in Enfield, who is in charge of arrangements.

To order memorial trees or send flowers to the family in memory of Vonda Sturgal, please visit our flower store.