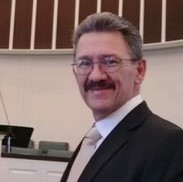 Lee Bouldin, 59, of Carmi passed away at 2:54 a.m. on Saturday, January 1, 2022 at Deaconess Gateway Hospital in Newburgh, IN.  He was born on December 6, 1962 in Brenham, TX the son of William S. "Bo" and Lucy (Bridges) Bouldin.  Lee married Paula (Hineman) Dosher and together they were members of  First Baptist Church in Carmi. Lee grew up in Texas and worked as a Correctional Officer for the Texas Department of Corrections and later as a Deputy Sheriff in Grimes County, TX.  For the past 14 years, Lee worked for L & L Industrial Supply in Carmi.  Lee proudly served his country serving in the United States Navy from August 1981 to November 1986.  He was a family man and loved spending time with his wife, children and grandchildren.  Lee always had a smile on his face and brought life and light to anyone he met.

He was preceded in death by his father, Bo Bouldin and grandparents, Horace E. and Annie Bridges

To order memorial trees or send flowers to the family in memory of Lee Bouldin, please visit our flower store.